Registration is now open for the symposium ‘Universities and their Contested Pasts’ to be held in the Samuel Alexander Building, University of Manchester (U.K.) on September 11 and 12, 2019. 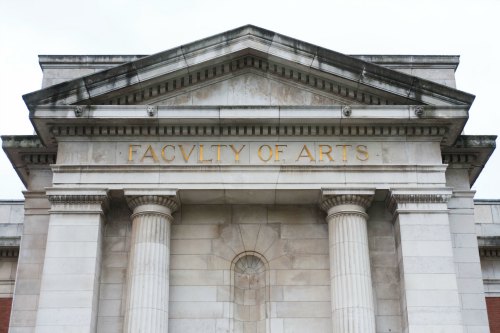 The event will be held in the University of Manchester’s Samuel Alexander Building (no.67 on the campus map) Lecture Theatre.

Alexander Scott and Andy Bevan (University of Wales – Trinity St David): “The Early History of the University College at Lampeter: An Agenda for a Bicentenary.”

Eric Lybeck (University of Manchester): “The Forgotten Origins of American Academia in Germany.”

15:40 Paper Session 5: Universities and the State

Keith Vernon (University of Central Lancashire):“Contesting Control? Universities, the state and the marketization of higher education in England.”

Tatjana Šarić (Croatian State Archives): “The University of Zagreb Under Surveillance of Supreme Power – League of Communists of Croatia 1959 – 1964.”

Josh Patel (University of Warwick): “The welfare state and liberal economic thought in the Robbins Committee (1961-63): an uncomfortable alliance?”

Please note the deadline for submissions has now passed.

For many years, universities and their pasts were seen as a benign backwater – histories of institutions of public benefit of interest to alumni, staff and academic historians. However, in recent years, attention has been drawn to the uncomfortable past of some of these institutions.

Protests around the world have prompted universities associated with colonialism, slavery and inequality to face up to, and reconsider, their own histories. Presently, institutions are subject to calls from inside and outside their own walls to answer uncomfortable questions about: where their funding has its origins, the land they occupy and the provenance of their cultural and heritage collections.

This two-day event seeks to understand universities’ uncomfortable pasts (both distant and recent) and how we should deal with them. We invite papers that consider themes such as slavery and colonialism; racism, sexism and discrimination; research and the curriculum; university museums and collections; the connection between universities and the state. Papers may address questions such as:

The University’s Research Group on University History warmly welcomes participation from across the academic disciplines, from heritage practitioners and from university managers and policymakers. We invite 20-minute papers that consider the difficult pasts of universities in all parts of the world, addressing a variety of time frames and that are academic and practice-based. The questions listed above are indicative only, rather than prescriptive.

Abstracts of a maximum of 250 words and a short bio should be submitted to universityhistories@manchester.ac.uk by 31 May 2019.